And the winner is…

Thank you everyone for contributing to the decision of the “handstand of the year” photo. After open nominations and a week of voting here are the winners!

In a strong first place, you voted for the shot at the top of Stone Mountain in Atalanta, Georgia. Thank you Marshall for capturing this winning photo!

The runner up is an unforgettable picture (in which some has asked if it was photo shopped… No way!) peering over the lost city of Machu Picchu in Peru. Thank you random British couple that took time of their tour to make sure this picture came out just right!

The following three are equally as memorable and ranked as honorable mentions.

Yes, this is in the middle of Grand Central Station in New York City, New York. Also, commonly referred to as the “Where’s Erika?”. Jessica, you were a trooper with this one! Due to the noise, distance and the crowd, we just crossed our fingers and went for it. Well done my friend!

This is perched up on an over look, giving you a partial view of Tossa De Mar, Spain. To the French guy who snapped this shot, the look on your face when I came out of the handstand clearly showed you had no idea I was going upside down. Hopefully you walked away with a smile after taking this photo of a non traditional tourist.

The small town of Ipoh in Malaysia brought this gorgeous waterfall dropping from the jungles above. Kuldip and family, thank you for sharing your beautiful home town with me! 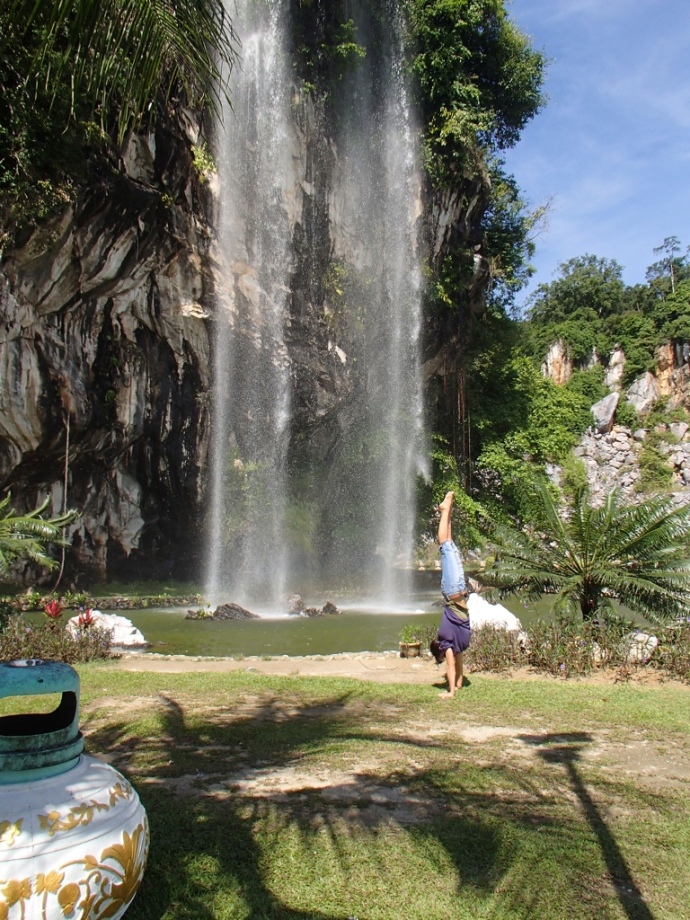 “The most attempts to get the single shot” is in Lake Tekapo, New Zealnad. I had to balance the camera on a rock sitting hillside while angling it to capture this view. After finally getting the angle right, I then had to set the self timer and run down the hill, jump up on a shaky table, kick up without going over and balance the handstand long enough with hope that I got it…. Who knows how long had passed before a sweet backpacker approached me and said “Can I help you with that?”

A three way tie for “The cutest helpers”!

The Dutch couple in Munich, Germany at Oktoberfest

…and of course my adorable siblings in Agra, Oklahoma!

The winner of “Hardest handstand to hold” goes to Huacachina, Peru. Those boots were so heavy to kick up to a full handstand, not even considering to do it in sand! 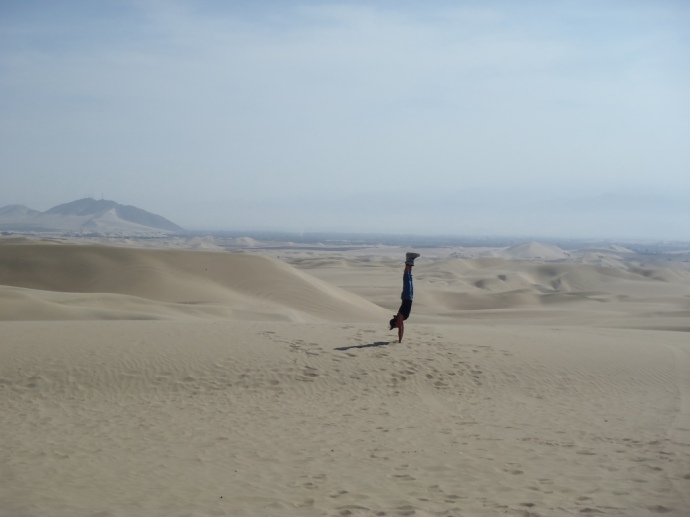 Salzburg, Austria definitely takes the cake for the story behind “Best 8 minutes surrounding a handstand” winner. This peaceful picture was in the middle of what could of been a 24 hour adventure made into a short film. Marshall, we definitely Salzburged it!

If you’re new to this site and are interested in seeing all of the handstand photos, just click at the top of the page “Handstanding around the world”. More to come!

One thought on “And the winner is…”