The Rastafarian Cancun of Ecuador, Montañita

Montañita is a growing town that was once a hidden gem for local surfers. Back in the 60’s it was a fishing village and linked to the hippie movement, thus explaining the Rastafarian vibe that still exists today. Amongst the several residence, there’s a large population of backpackers, beach bums and travelers just passing through. I was told it’s the “Cancun of Ecuador” and to enter with an open mind, no intentions of sleeping and to have a proper exit plan. Thankfully, I had Sophie with me and we were both on a chill vibe during our whopping 30 hours in this tornado of controlled chaos.

We checked into our hostel, knowing not much time will be spent there. Quick tour of the Iguana Backpackers Hostel. The front area with kitchen is small, but a few backpackers show that it still does the job.

In the back there’s a relaxed open area for well, anything you want!

Our room equipped with the necessary sleeping nets. Ps, having the mosquitos trapped in with you is not beneficial to a good nights sleep. 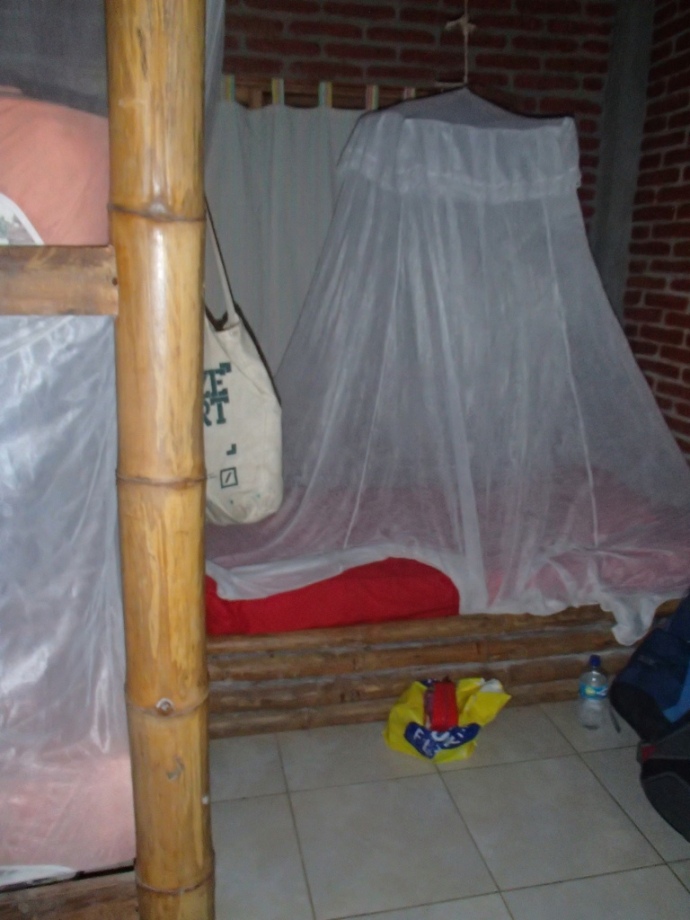 My favorite part of this entire hostel was the sign that made me giggle out loud when it caught my eye.

Approaching the outside of town, it looks so innocent and welcoming. 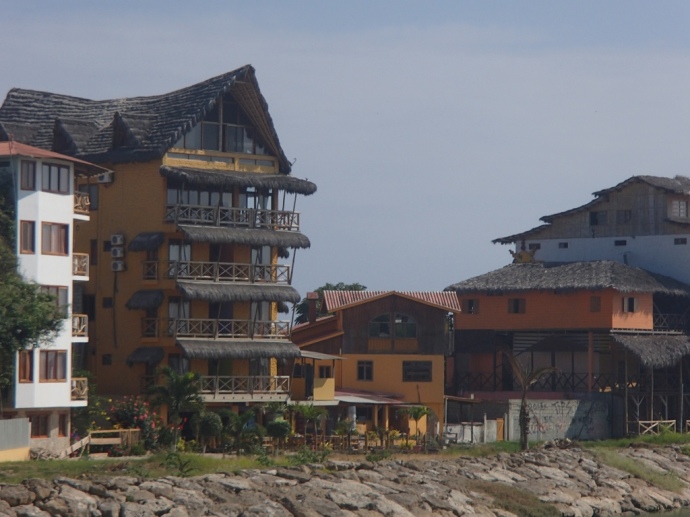 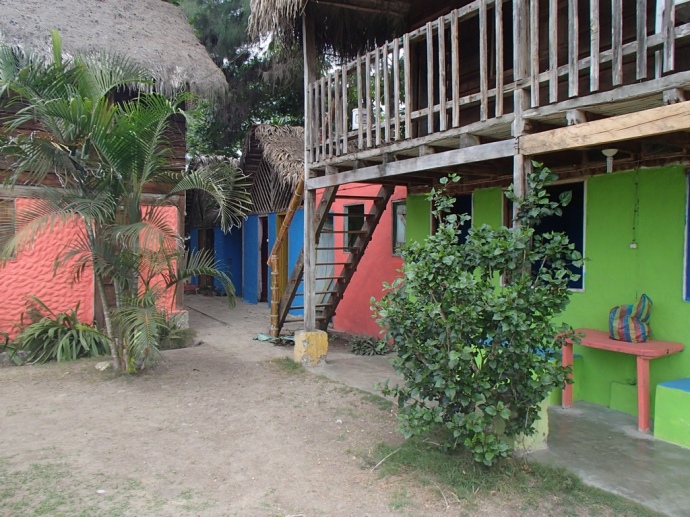 As you turn the corner and head into the main strip, the vibrancy begins to deliver. 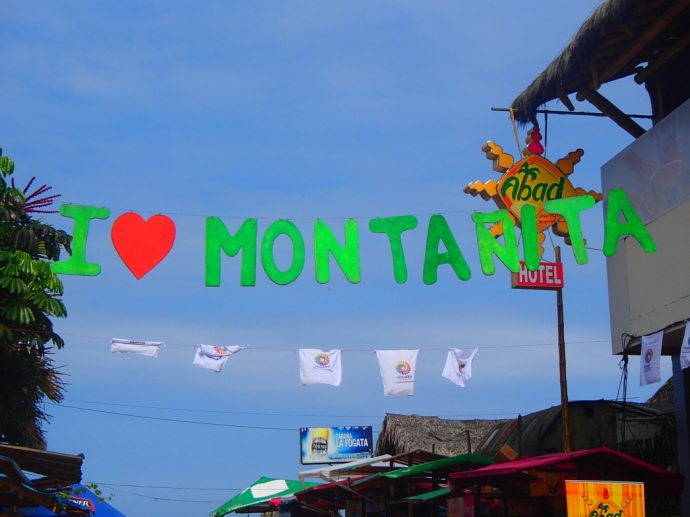 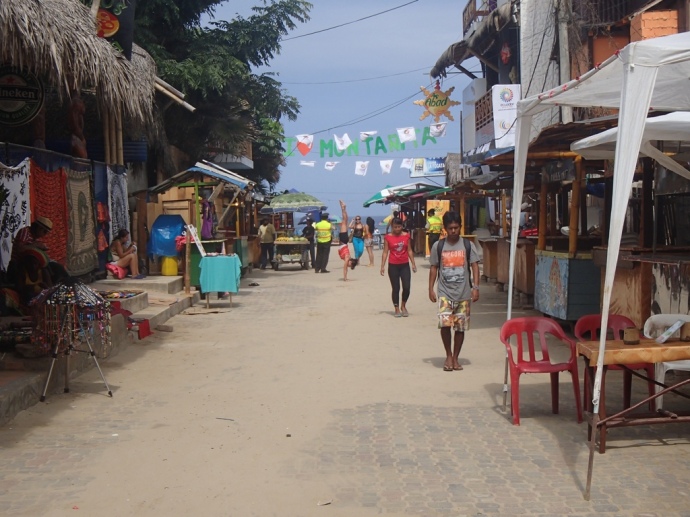 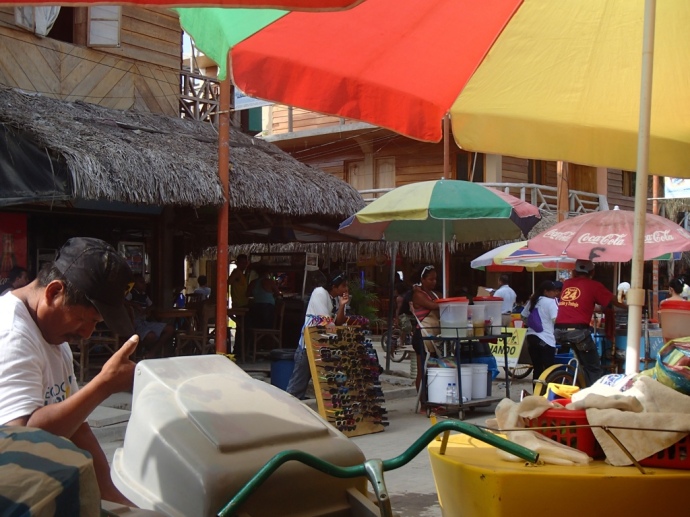 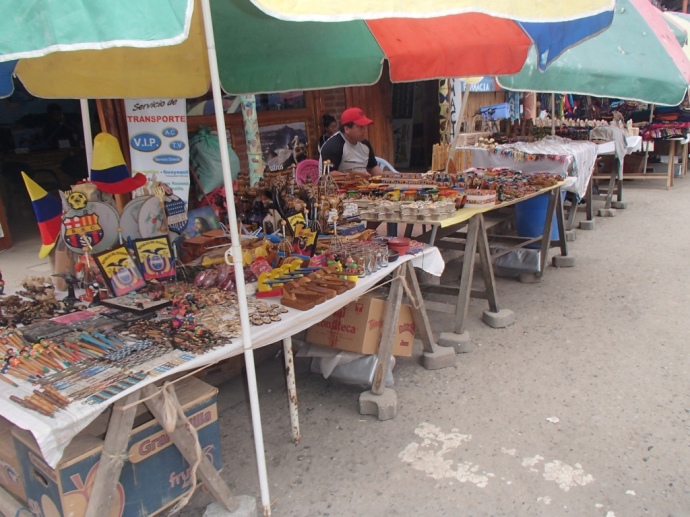 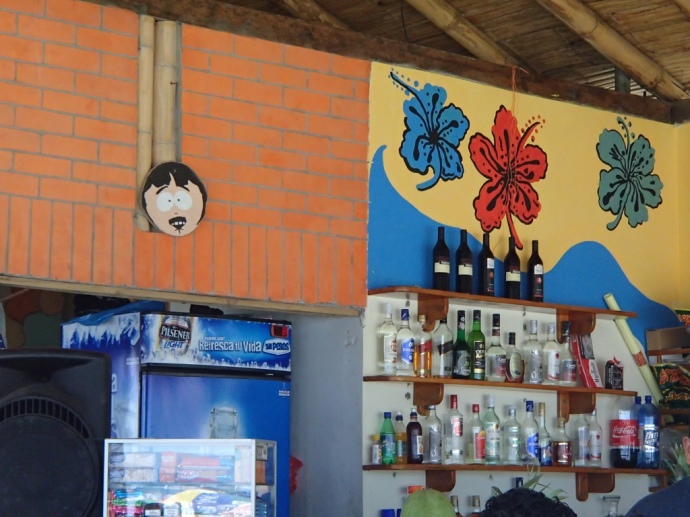 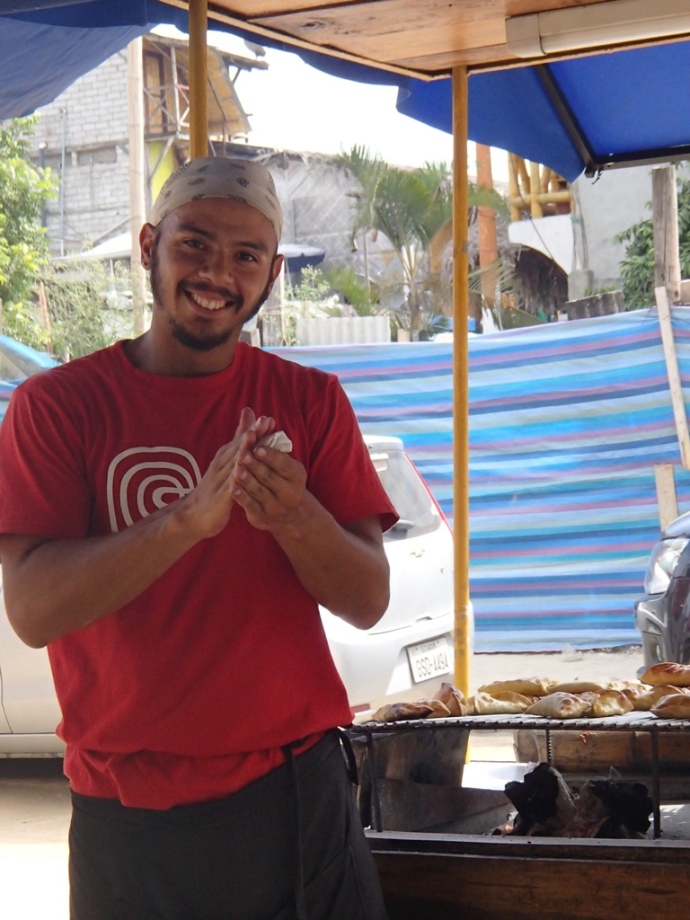 Ceviche on the street? Yes please! The choices were shrimp, conch or fish. We shared a mix of shrimp and fish to be topped off with hot sauce and corn nuts. 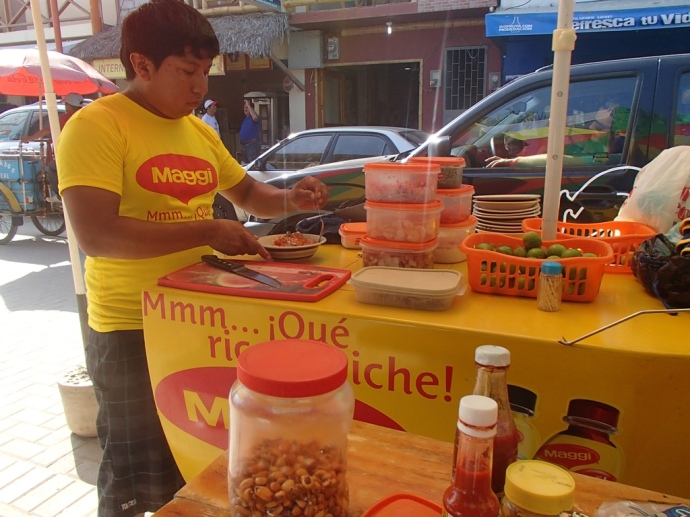 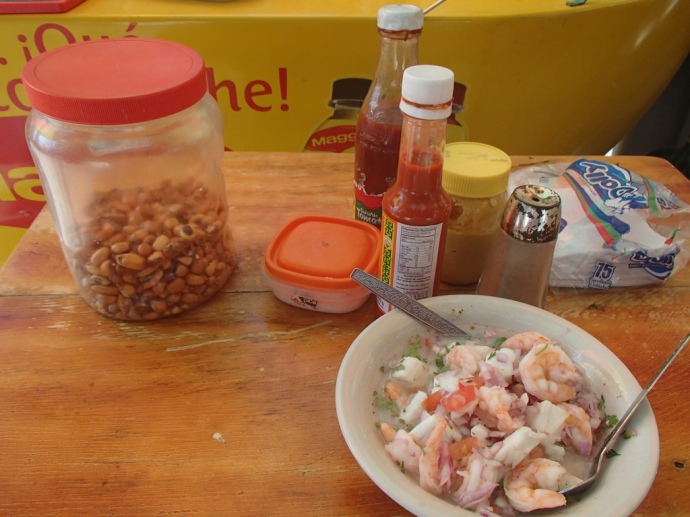 Fortunately for us, there was surf finals happening the day we were there! After observing the streets we agreed is was time for sandy toes. Here’s the walk as we head towards the competition. 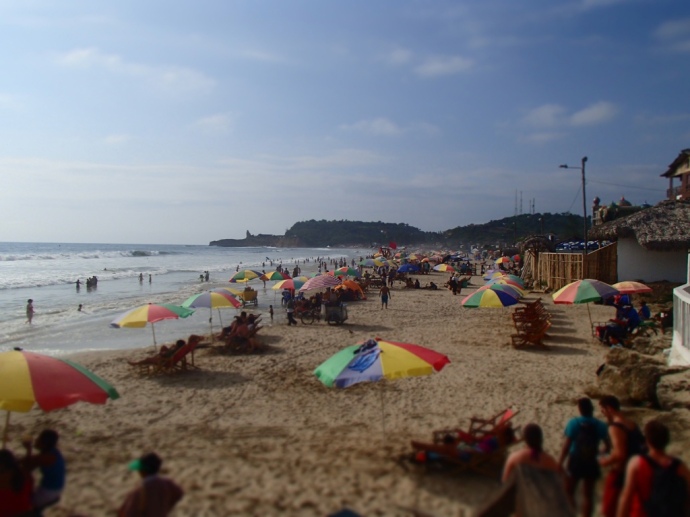 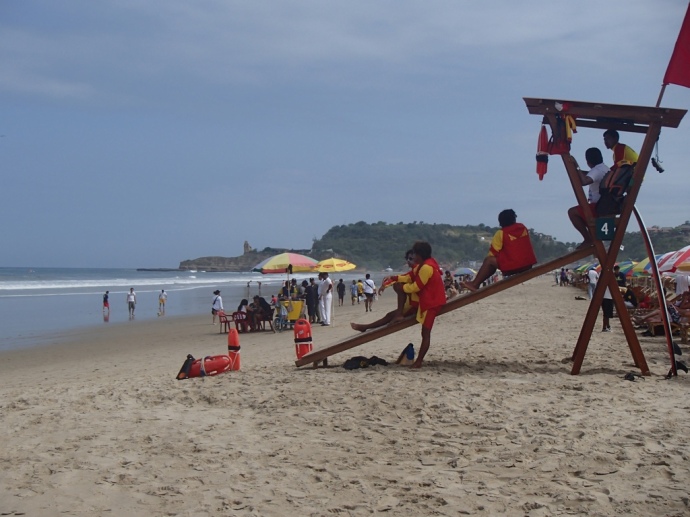 I haven’t had a real snow cone in years! I skipped out on the green goo topped with condensed milk and went with the piña and fresa (pineapple and strawberry). 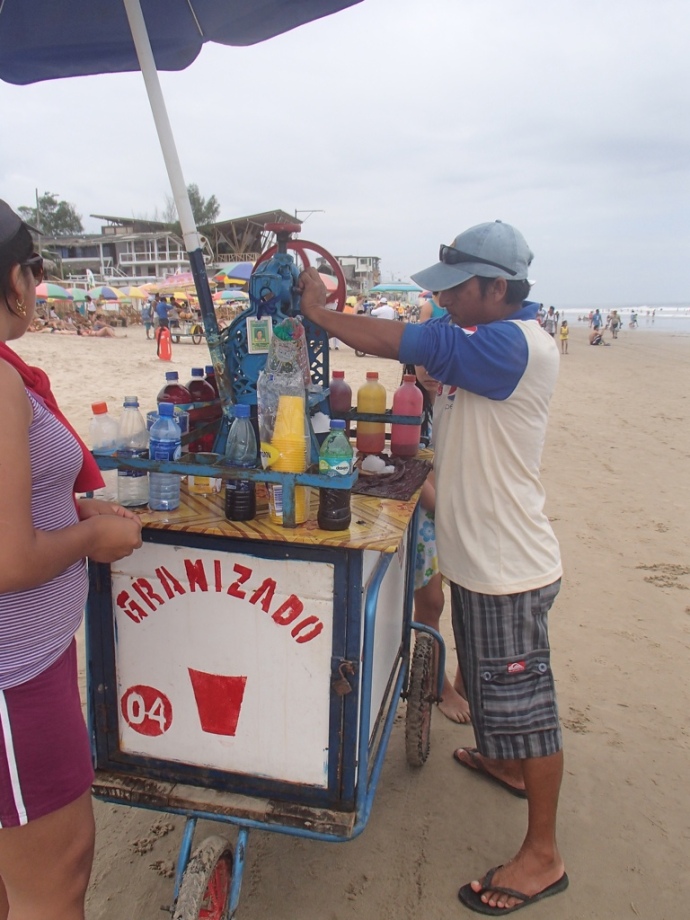 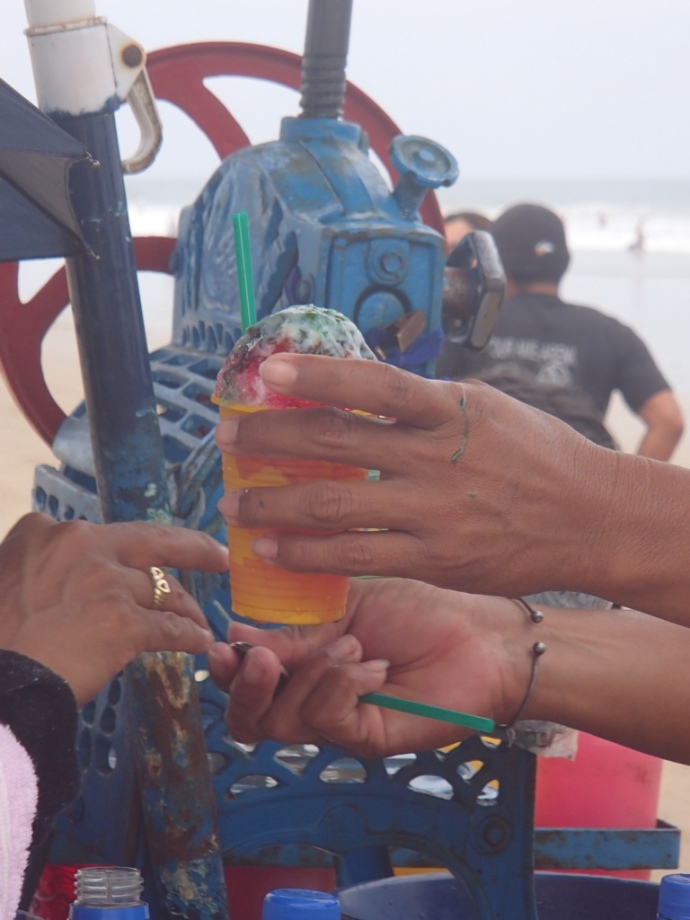 As we near the action, you could feel the energy was building. Over the roar and applause, you could hear the announcer listing countries with their scores. Both of us had a confused grin as he says, “Ecuador… Peru… Brazil… Hawaii… and…” Now I’m not a part of the surf world, so there’s probably something I’m missing, I just didnt realize Hawaii had separated into it’s own country.
An additional peculiar thing, is seeing a sun loving surf crowd fully clothed, on the beach! Bizarre or am I unaware of another memo? 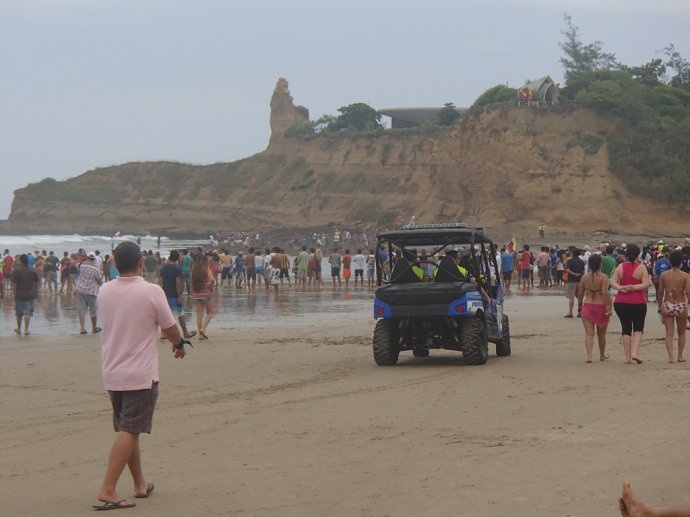 I also didn’t realize it was relay style. One would sprint out of the water as the other was racing in. Apparently I need to study this sport a little more before I observe!
Side note: If you say you’re from California, expect to give a full explanation to why you don’t surf. 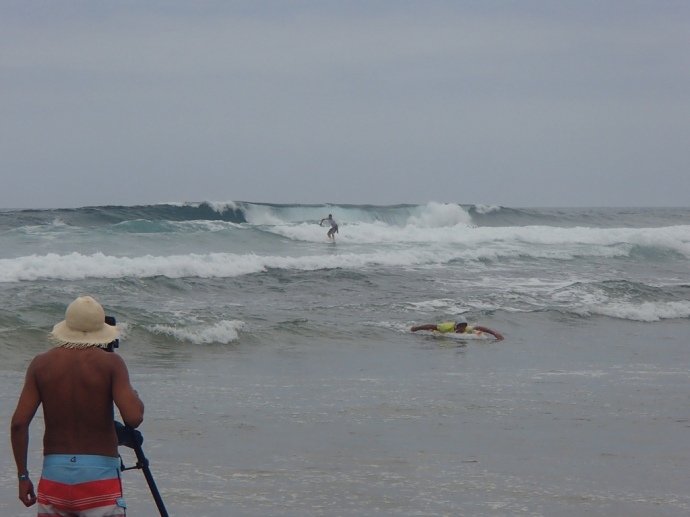 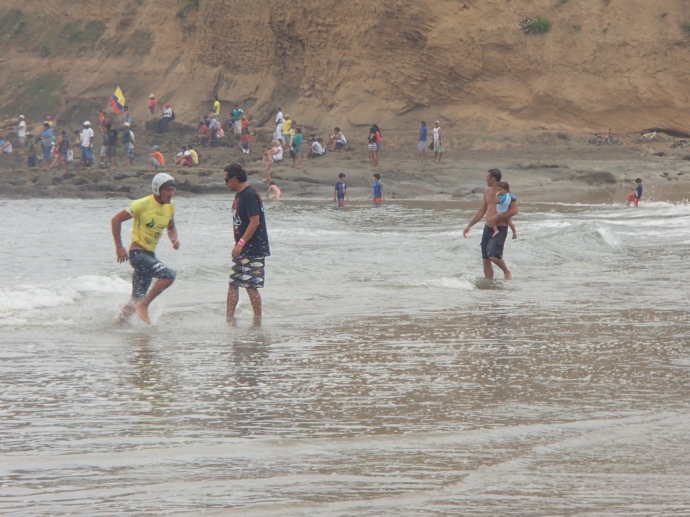 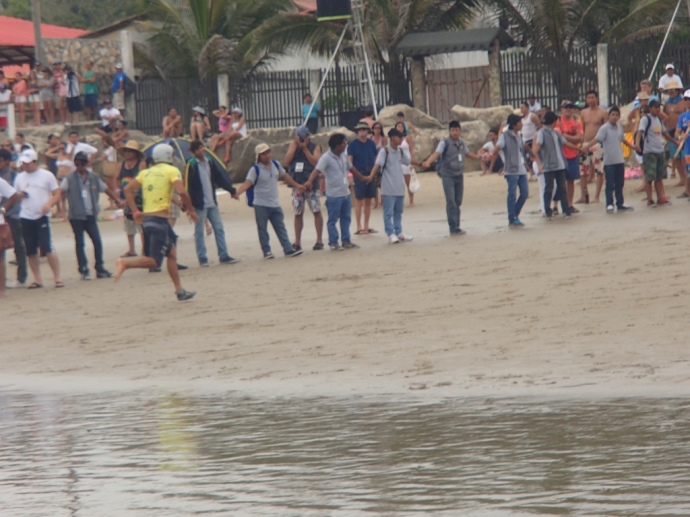 I thought these were pretty cool shots.

As the sun goes down, the crowd doesn’t stop. In fact, the streets light up and what was once the fruit stands have turned to drink stands and the restaurants are now dance clubs. 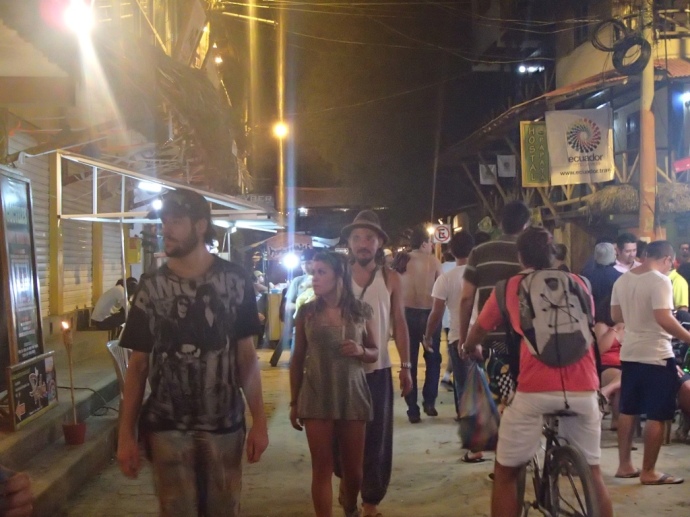 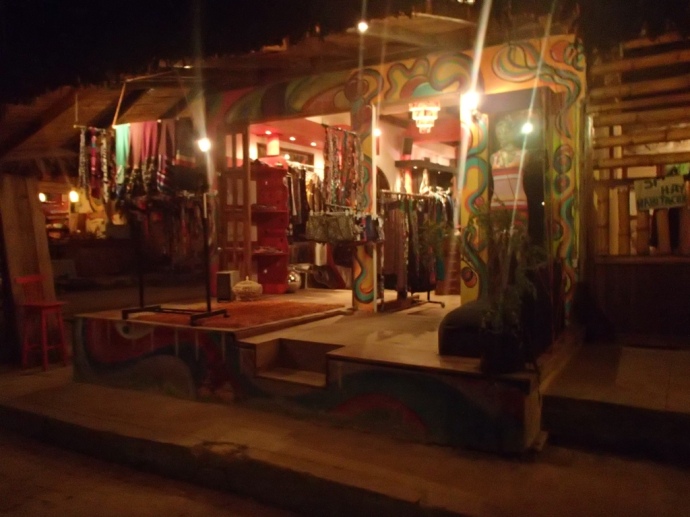 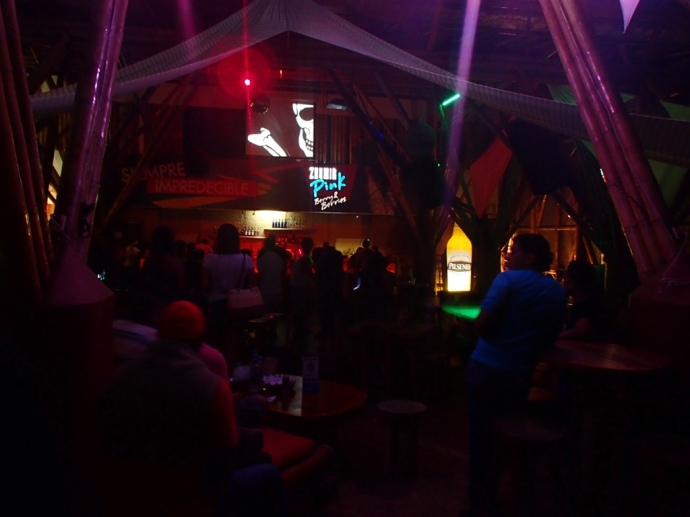 Believe it or not, that’s all you get from my evening pictures, as we turned in for an early nights rest before the bus tomorrow. (Yes Bevan, I know… I’ll have to try again with you next time).

My favorite photo of the day in Montañita! 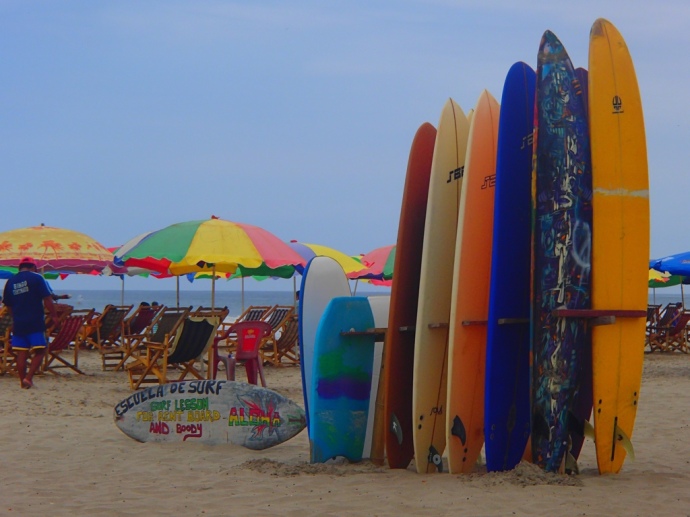 This was also the last evening spent with my (perfectly opposite) new pal Sophie.
You were such an unexpected gift that enhanced my journey along the coast of Ecuador. Cheers to broken bunk beds, awkward email names, and no bananas in a smoothie… ever. I send you off with much love and a “Salud” till next time!