Matt and I had so much fun watching the poll from our first post about living on the road, thank you to everyone who voted! Jenn, Donna, Dustin, Brie, Shane, Gloria and Tiffany, it was awesome to get your comments too, thank you! Here is the final results from all of you that voted!

We looked at a few RV’s and although they would be easier and quicker to move in to, we realized that’s exactly what we don’t want! Designing the bus, taking the time and hard labor to build our home from the wheels up is just as much of the journey as living in it.

So after test driving, researching, reading, talking and YouTubing, we’ve decided on our new home. We will soon be a family of 3 on the 6 wheels of a brand new (20 year old) school bus!! 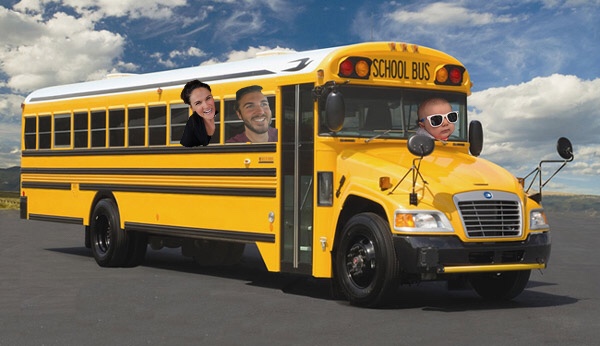 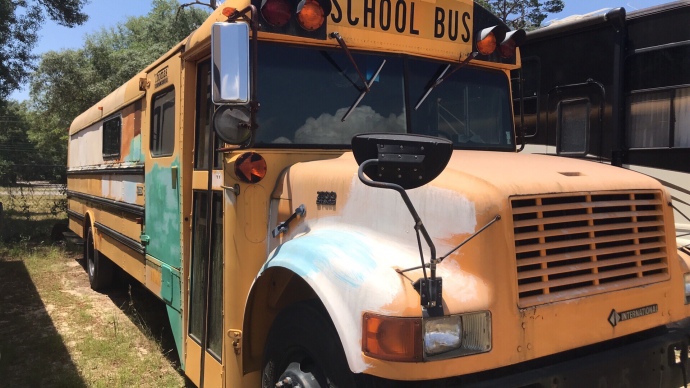 As the journey progresses, I’ll be going into full detail of how we transform this beauty into our new home. Pictures, videos, and maybe even an online video series?!

For now, I want to share with you the story behind these wheels and the family that made it happen. 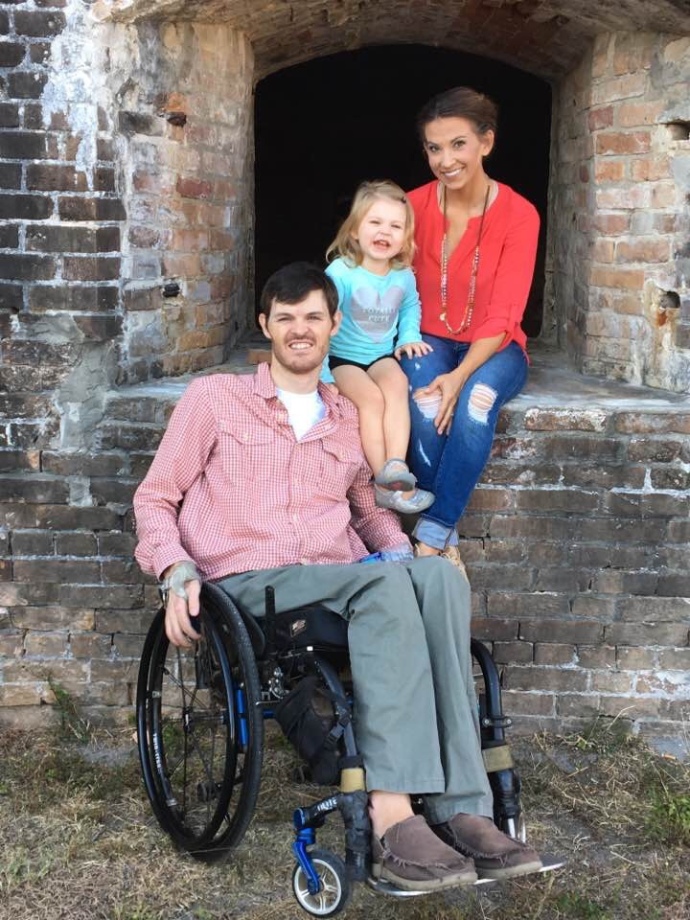 Air Force Captain Nathan, his wife Jennifer and they’re little Eva are the family you want as neighbors and even more so as friends. They’re the type of people that welcome you with open arms, huge smiles and tons of genuine energy. After enduring what most of us would call a living nightmare, they have every reason to live in a world of self pity. Instead, this power duo carries a backpack-of-back bones with eyes focused positively forward. 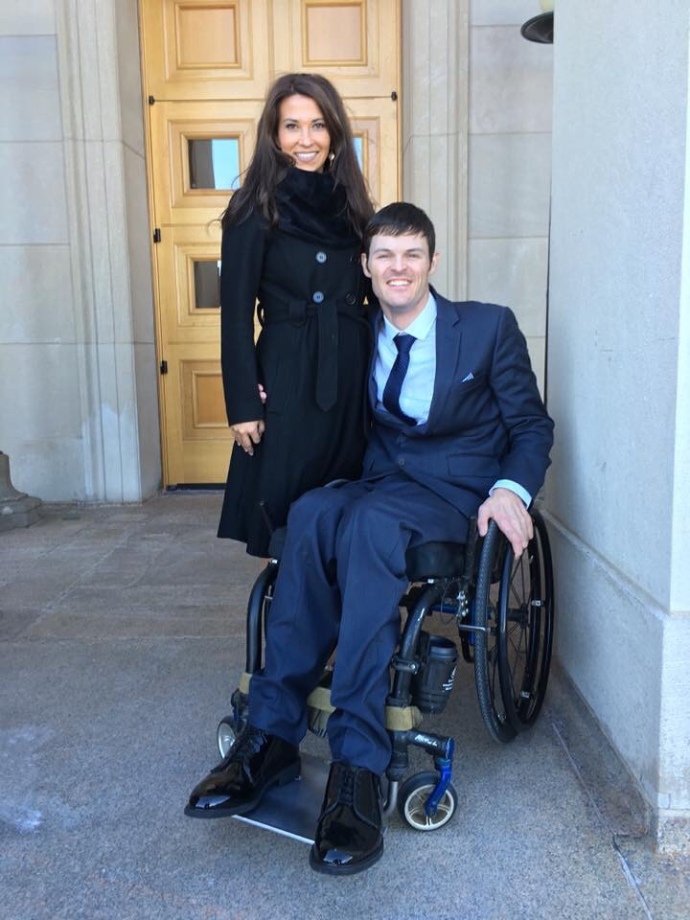 Imagine your significant other leaving in the condition of the top photo from below and returning unable to look you in your eyes (bottom photo). 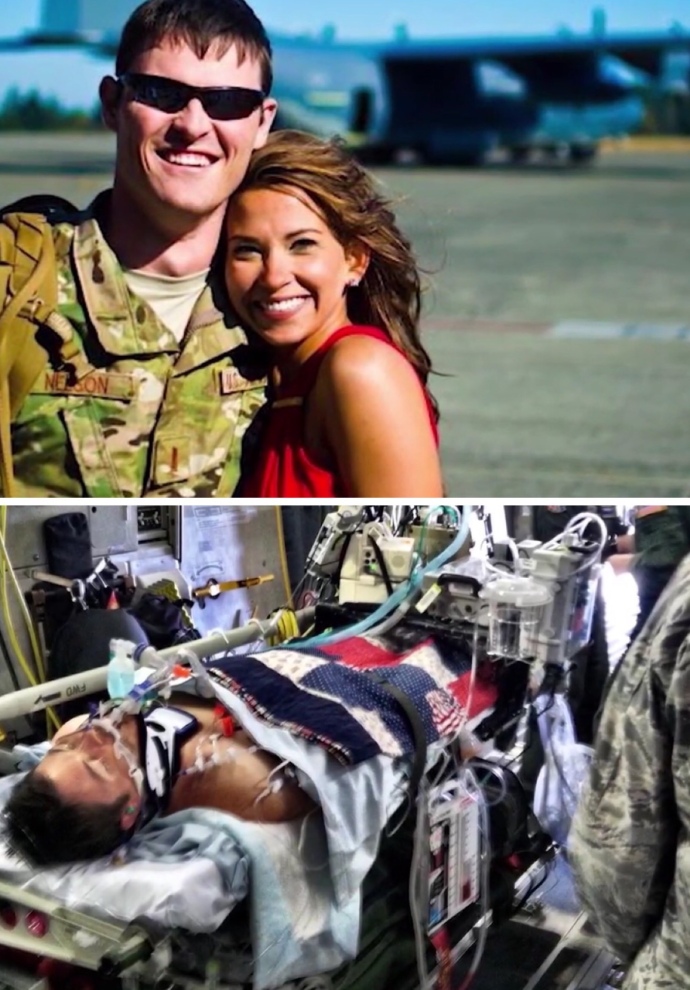 I now know what it’s like to be pregnant and I truly can’t imagine getting the news Jennifer woke up to just 90 days before delivery. 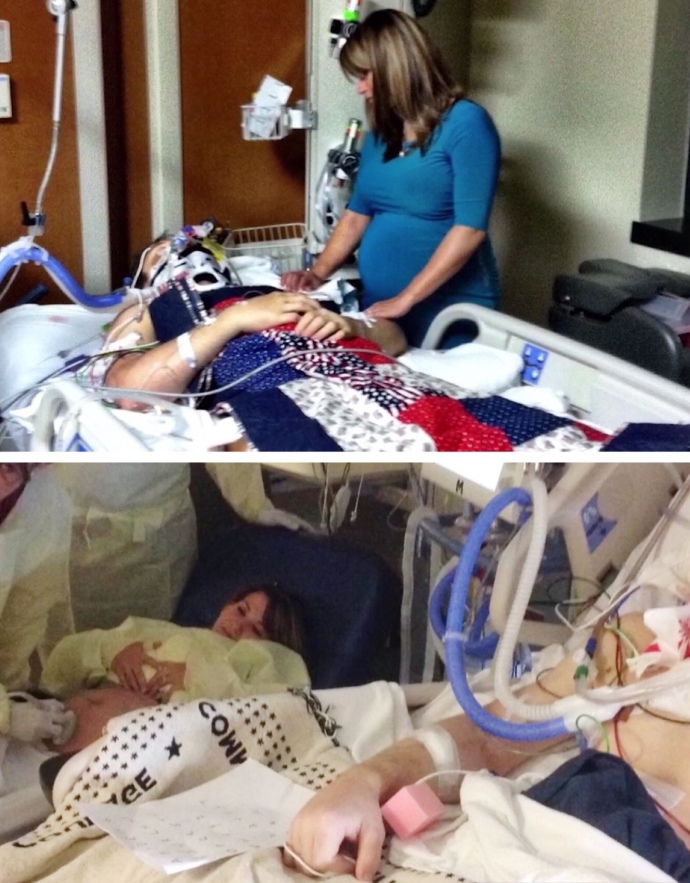 I was sitting here trying to describe what Captain Nathan had survived until I found this perfect recap made by Building Homes for Hero’s :

“Captain Nelson barely escaped death when a rocket-propelled grenade fired by Taliban extremists hit his forward operating base in Afghanistan in September of 2013. Tragically, his body took the brunt of the blast. He suffered a severe spinal cord injury, collapsed lungs and would lose 46 units of blood.

After undergoing several life-saving operations, he was flown to the Walter Reed Medical Center to be reunited with Jennifer, who was six months pregnant, and she has never left his side ever since. His recovery from the shrapnel wounds, TBI, collapsed lung, severely bruised organs and a massive blood transfusion, is still ongoing.

For his service and his sacrifice, Captain Nelson has been awarded the Purple Heart, Air Force Commendation Medal, Air Force Organizational Excellence Award, and several other honors. He is now paralyzed, and has limited use of one of his arms, but he and Jennifer have become inspirations to everyone they meet”.

Up for a good solid soul-cleansing cry? Watch this video of Nate sharing his experience and incredible perspective. Kind of makes your unbearable bad hair day seem a bit silly and much more tolerable.

Back to the bus…

During Nathans recovery, Jennifer bought this bus as a (brilliant) form of therapy. She was able to smash windows and rip out seats all while envisioning a new path for her and her family. She was designing the bus to be totally handicap accessible so that her husband could travel in comfort. As the years went on, Nathan not only recovered like a champ but went back to work. Meanwhile, Jennifer was also now back to work, playing supermom and maintaining wife of the year. Little time was left to spend in a dusty bus let alone traveling in it. 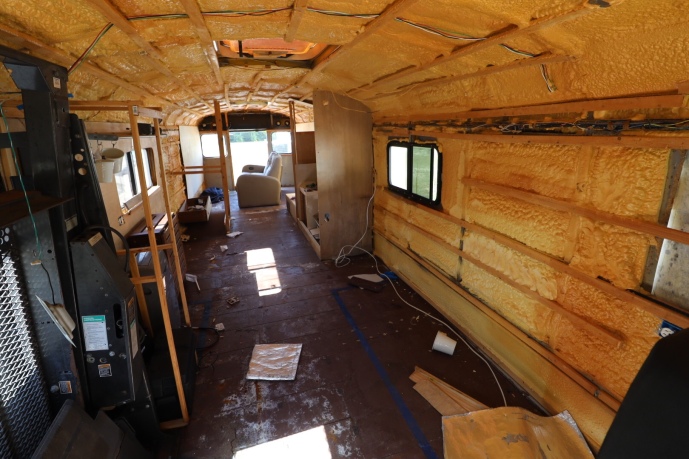 Fast forward to a pizza party we attended in which we were introduced to this amazing family. Our mutual friend casually said, “Hey Jenn, do you still have your bus?” (I was thinking – Cool, another traveling friend!) But to my surprise she said, “Yes, but I’m selling it now”.

I physically grabbed Matts arm when my guts alarmed me that this would soon be ours.

After viewing the bus and having a mechanic verify the engine quality (thank you Ray!), it was a no-brainer, we were going to buy it!

When discussing what the final price would be, Jennifer spoke up with confidence. (I’m paraphrasing according to what I heard).

In a gentle voice she said, “Me and my family are so blessed and have been given what we need… I believe in paying it forward and I’d be honored to be a part of the joy you’ll get and also bring to so many with this bus. I feel very good in my decision, I’d like to gift you the bus and just sign the papers over. It’ll be my contribution to your journey”.

Their gift will allow us to continue our adventure sooner than we thought possible! Next up, let the renovation begin! 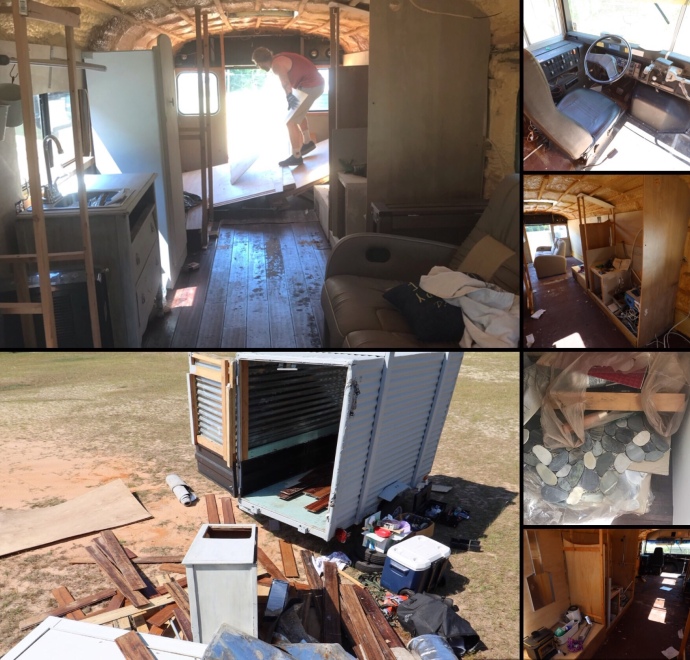 To the Nelson family, “Thank you” seems like such an understatement for the gratitude our little family feels. We invite you to follow the process and watch as we transform your 20,000 lb baby into our new home on the road!