Ms. Barbados, Queen of the sea

When you hear the word “sailboat” what comes to mind? A bunch of swanky people sipping martinis along the smooth coastal waters? Maybe a gang of pirates with patch covered eyes and worn out parrots for pets. Anyone out there get the visual of Bill Murray in “What about Bob?”. Just checking.

Let me share with you the image that I will forever hold in regards to this exciting sport.

Barbados is home to a popular race that dates back to the 19th century, a competition that started in 1936 challenging a captain and crew to circle the island in record time. There are several classes ranging from the size of the craft to the number of team members aboard. Imagine if a bird flew in a full circle around the island, the race would be about 60 miles but due to wind and rough waters, the machines end up doing  over 70 miles! 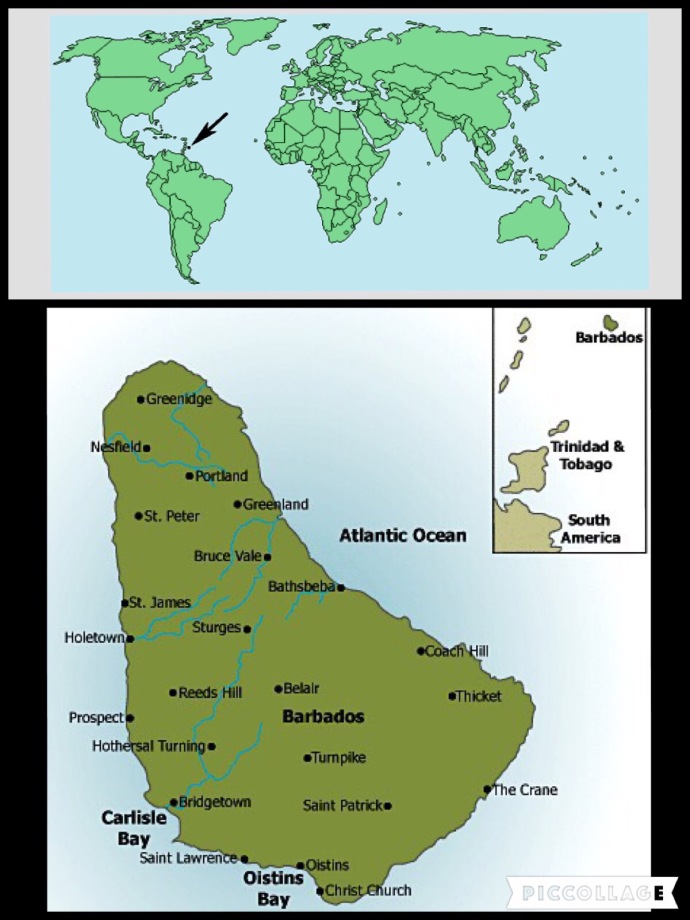 Starting on the southwest coast at Carilisle Bay, they gathered for an even line up before kicking into gear. This is where we were lucky enough to be in the water for the starting line. 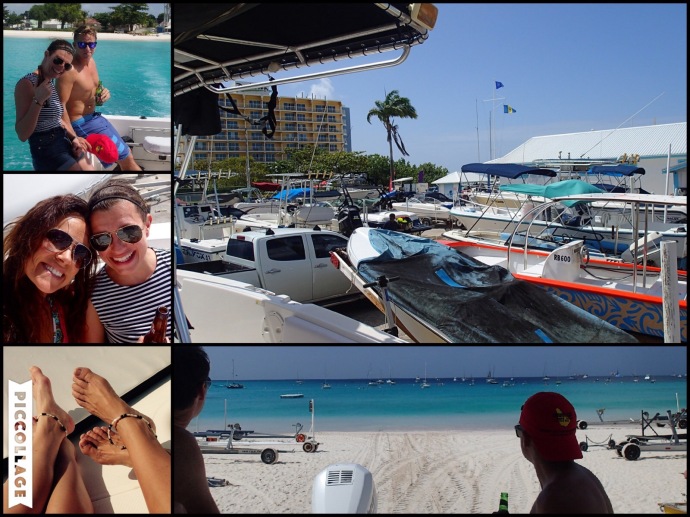 In electric blue is Ms.Barbados team Concise, led by Captain Ned Wakefield, a young British man with driven energy and smiling eyes. Along side him, a group of hand selected team members including my dear local friend Robert Povey, a lion with a heart of gold. The fierce competitor Phaedo^3 (in the bright green) is carried by an American captain Lloyd Thornburg.

There was absolutely no question of when these power-houses turned up the knots and began the chase up the 20 mile stretch in the “calmest” waters of the race.

The photos hardly express the power behind these massive machines. We were almost full throttle (holding on tight!) pushing over 35 mph and they were leaving us in the mist of their ocean spray.

I wanted to try and show the speed of these sexy trimarans so I took a video from our boat. Forgive the quality but I left it raw to show the intensity from a distance. You’ll get the idea by clicking here!

We wern’t the only ones out there to get up close and personal. Here’s a view if you took your eyes of the main attraction.

As the group reached the top of the island (refer to the maps above), you’ll realize that when they’re fighting the massive Atlantic waves, there’s nothing between them and Africa!

This would be the last time we’d see them before they would complete the entire circle. As I watched the sails shrink into small specks, I was able to tune into my heart rate and breathing, which at that moment felt as if I was the one racing!

Considering the previous record was over 4 hours long, we knew we had some time to kill. Once they left our sight, we turned around to head back south towards the finish line and to snag a quick bite.

What… What’s this?! They’re already done! Destroying the record time, these MOD70’s completed the journey around the island in only 2 hours and 37 minutes! I’m proud to say that Ms.Barbados powered through the finish 12 seconds faster and we were lucky enough to catch them celebrating on the water! 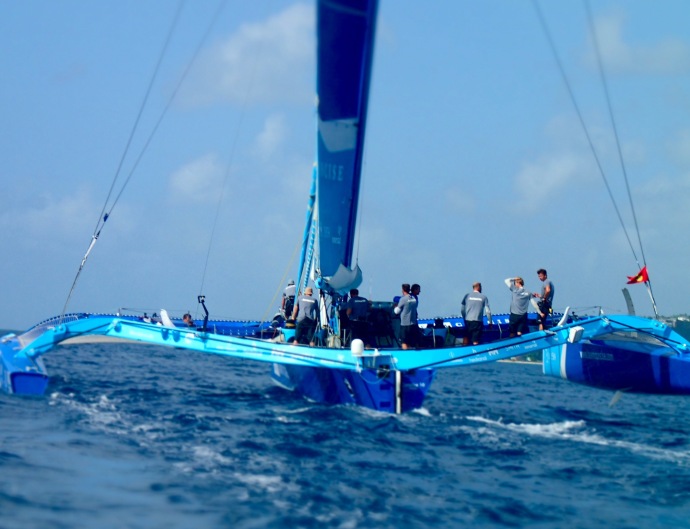 I’ll admit I was pleased when speaking with a member from Phaedo^3 after the race. He expressed in a genuine tone that although they came here to win, the race and its results were that of two exceptional teams and a lot of hard work. Couldn’t of been any closer.

Let me just confirm for you that not only are these athletes hard working and extremely focused on their passion, they also hold true to the definition of gentlemen. Yes, they can drink rum like water and probably curse a few gentle words on the water, but when ladies are present, these fine men present themselves in an honorable fashion. What an pleasure to not only have seen them race first hand but to personally know the manpower behind it all.

No victory (or any celebration for that matter) in Barbados would end here. The after party was simply the beginning of an evening of great people on a natural high still thriving off the adrenaline supplied from the day.

It seems impossible to ignore the sunsets of Barbados as they caress the calm Caribbean waters. On this evening it almost seemed like the waters smiled back in contentment of the days event. 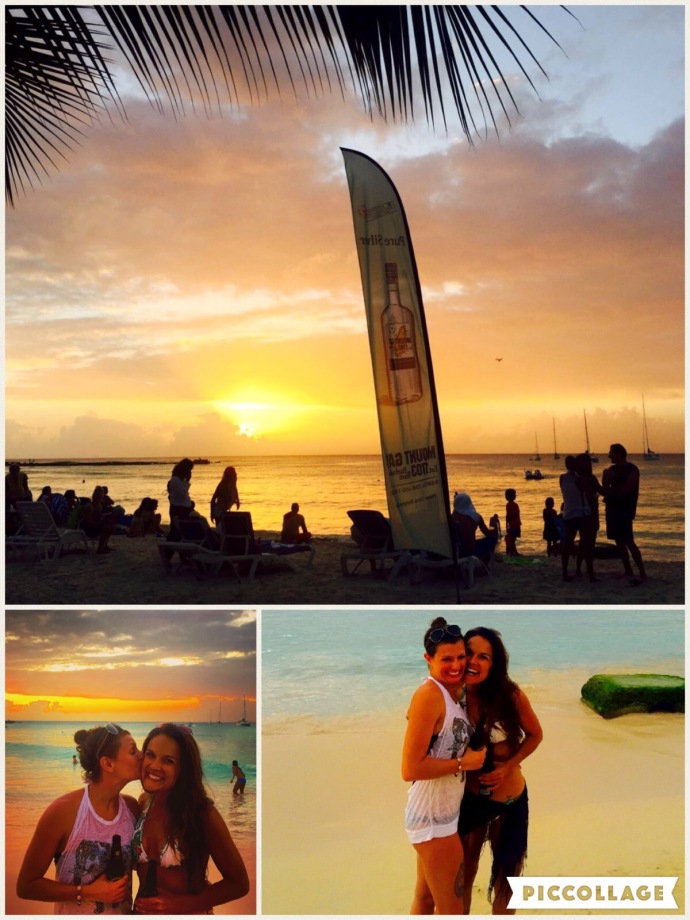 Many thanks to Stewart, Alex, Jason, Stacey and Carina for making the day what it was!