Before arriving to Trinidad, I was informed that it’s mainly industrial with busy city streets.  For those who “warned me” of this, I fear that you haven’t seen the greener side of this beautiful country. Our friends (dubbed amazing tour guides) took us to 3 attractions that I’m sure are in every travel guidebook for this lovely island.

First stop was in the Tucker Valley in Chaguaramas to enjoy a walk through a popular trail. This peaceful hill is decorated with arches of green bush which is home to howler monkeys, spiders the size of silver dollars and the most vibrant of butterflies. Hopefully these photos speak in a simple language expressing the natural essence of the Bamboo Cathedral. 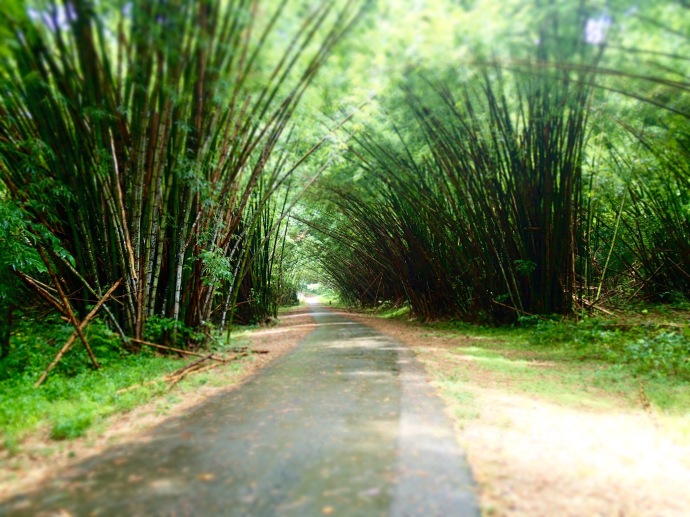 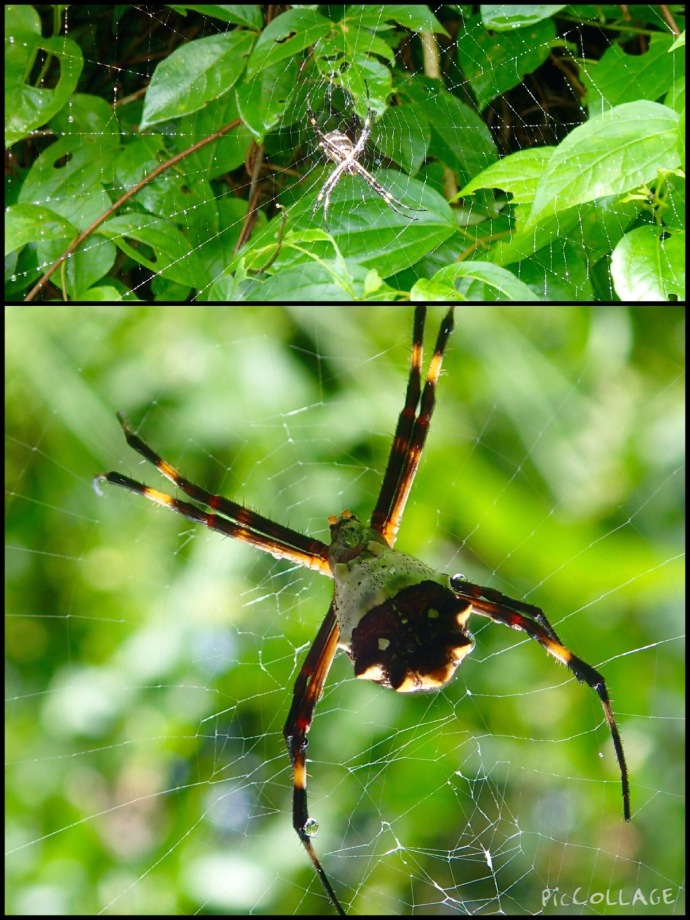 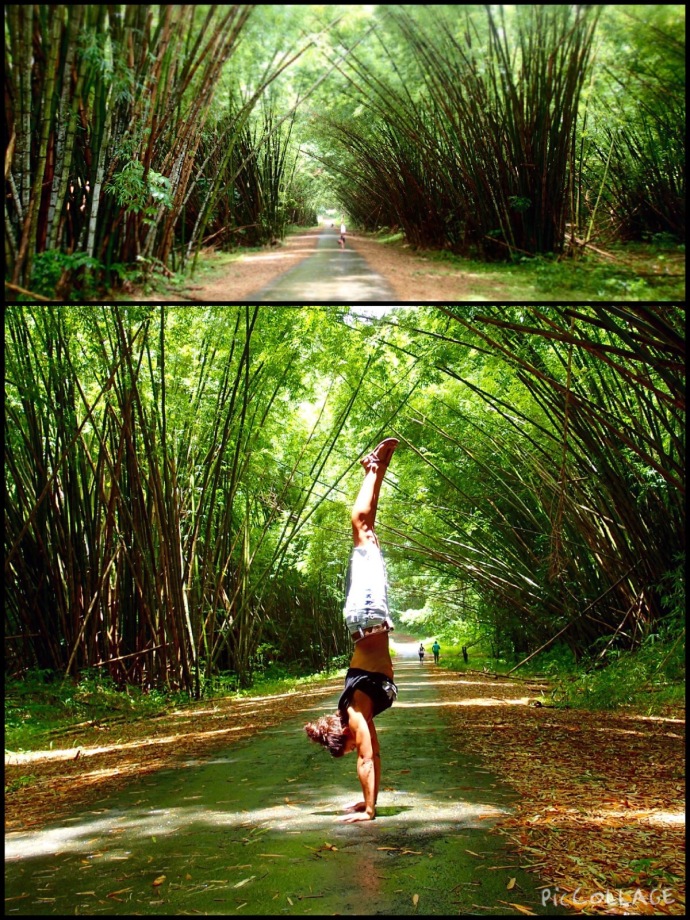 Moving to another location, we found ourselves at one of the more famous religious sites in Trinidad. It’s an 85 ft high staue of Hanuman Murthi which has been claimed to be the largest outside of India. To the general public this hindu god looks like a peacful red monkey showing off vibant colors and detailed work within his garments.

After reading the caution sign of Ashram rules, I questioned if a handstand would be acceptable here on the sacred grounds (especially after seeing a sign clearly stating no exercise). Would a handstand classify as some sort of fitness activity? My intentions were far from wanting to offend anyone or an entire culture for that matter so I chose to do an upside-down handstand. 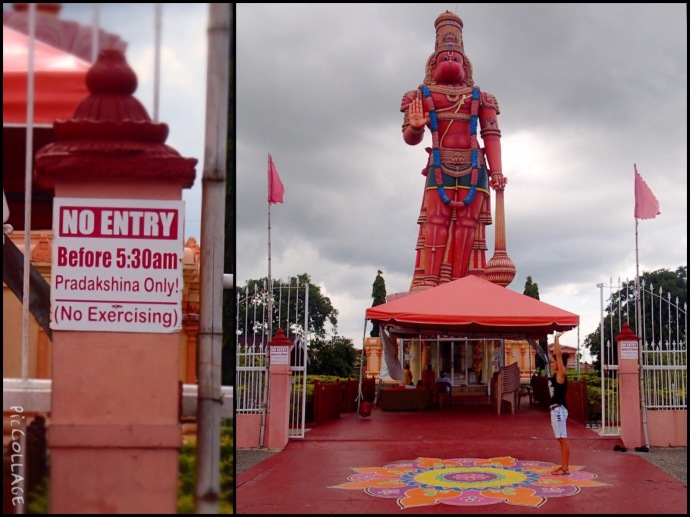 A few confused yet entertained looks came from the ground keepers, so I asked if it would be honorable if I did a proper handstand. The response was not only positive, but encouraging! 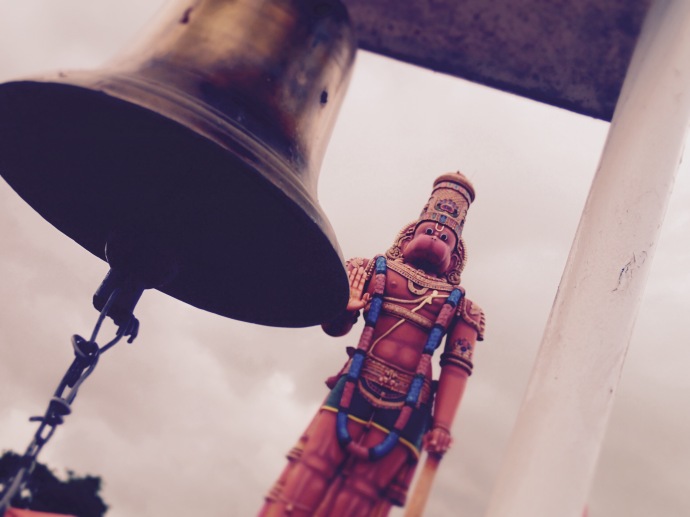 A short distance from Hanuman is an eye catching site full of colors, two adorable elephants and another design on the ground that I’d love to have hanging on a piece of silk in my room.  Beautiful! 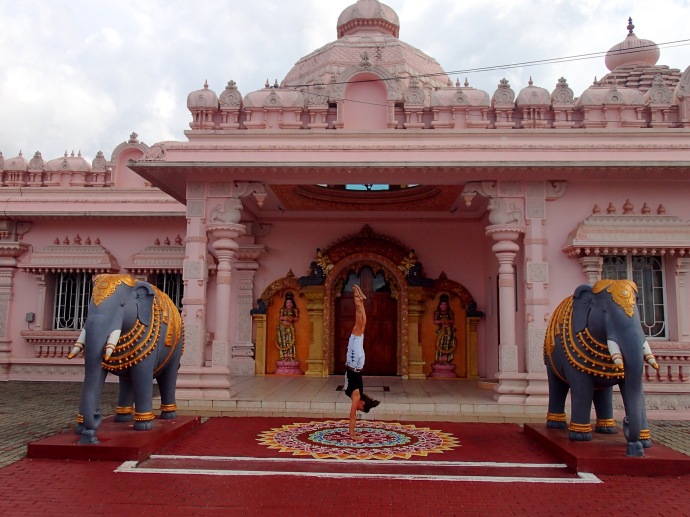 Next up is called Temple in the sea. It was constructed (started) in 1947 by a determined laborer named Sewdass Sadhu. His story of success is unique and I highly suggest you research further if you have interest in learning of his drive led by faith and passion. For now, you’re getting a visual tour… walk with me!

When you first approach the seaside, you’ll notice the sets of worn but colorful flags that are half emerged underwater. At first, I thought the ceramic bowls and dolls were just a part of careless litter until I was informed that it was actually the reminisce of a traditional ceremony. What would yo think? 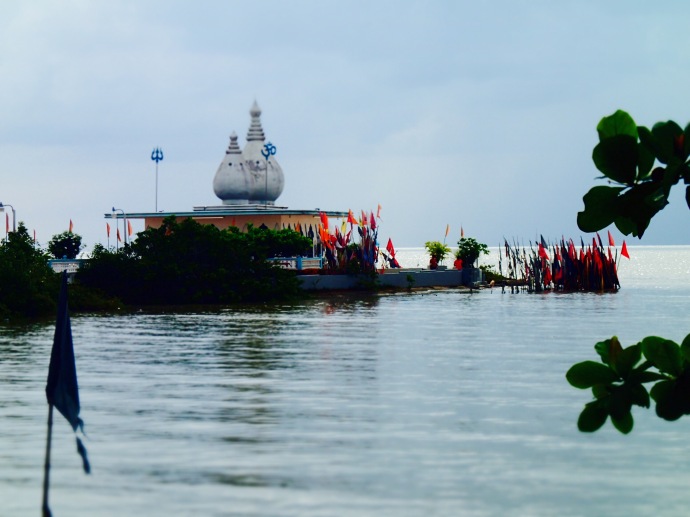 Then there was the little boat that captured my attention.

My favorite part of this site was the peaceful walkway that gave you plenty of thinking time as you neared the main temple. 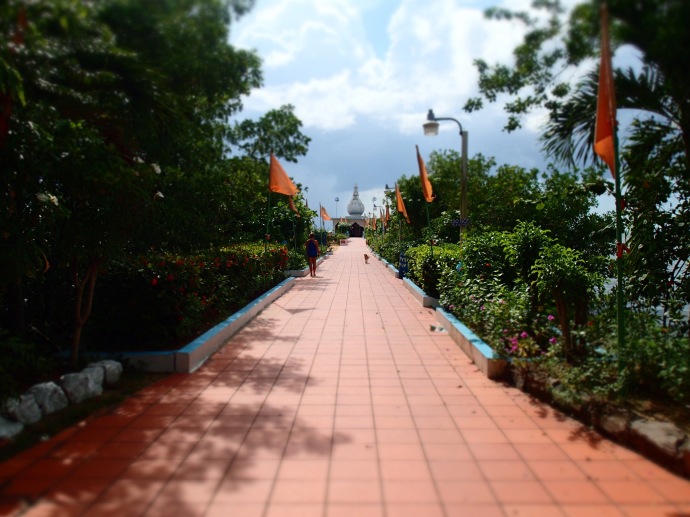 Along the way, we ran into this man who was there to pray at the shrine of God Shiva. He gave us a quick lesson on the intricate manner in which he does this, down to the number of leaves from specific trees to the amount of time per placement. He practices this weekly. 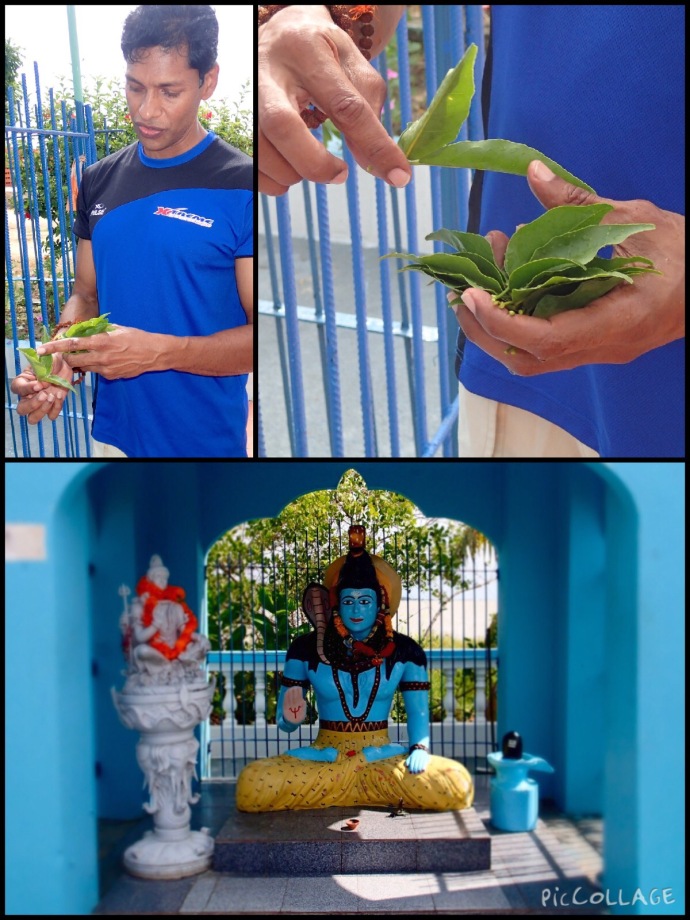 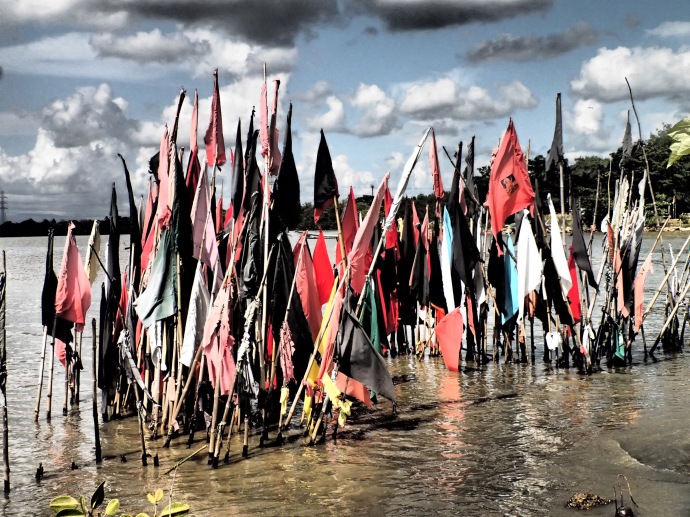 I made sure I was on the outer edge of the temple (just in case) before showing my feet to the sky.

Sneak peek from what’s next to come… 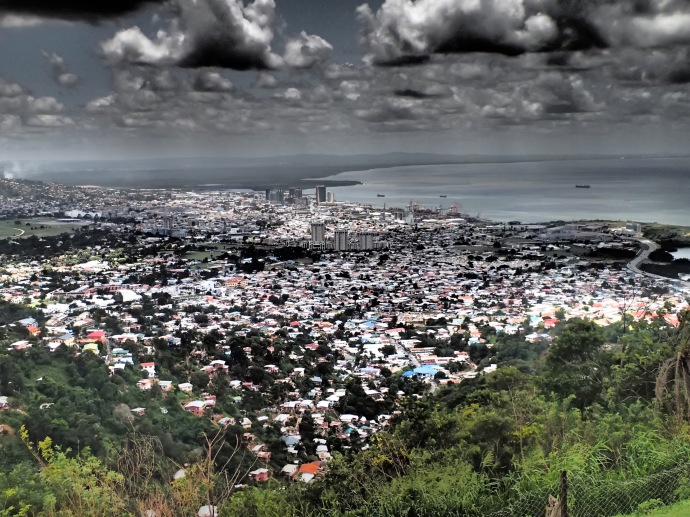